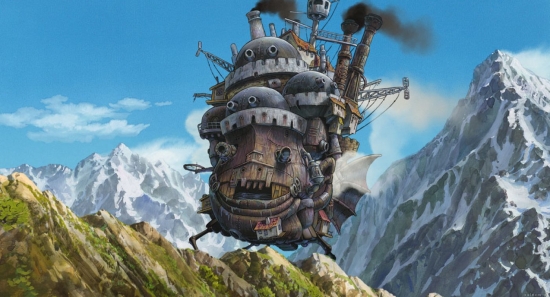 The flawed concept of good vs. evil: The philosophy of Hayao Miyazaki

I am incredibly surprised by how well my films are received in America. I never expected them to be because even in Japan, they are highly controversial. In a typical American animated film, there will be a “good” character and an “evil” character. The movie will then focus on telling the story of how the good character struggles against and eventually defeats the evil character. My films, however, do not adhere to this plot structure.

View the comic at imgur

Dan Brown: ‘Inferno’ Is ‘The Book That I Would Want To Read’

Robert Langdon is back. The Harvard art professor in custom tweeds — and an ever-present Mickey Mouse watch — wakes up in a hospital after getting grazed in the head by a bullet, wondering how he ended up in Florence. He’s got a sinister artifact sewn into his coat and just a few hours to keep the world from a grim biological catastrophe.

Dan Brown, whose book The Da Vinci Code — and several Robert Langdon sequels — has sold more than 200 million copies around the world, has written his first new novel in four years. Inferno is a story that ranges around some of the most splendid urban scenery in Italy, sweeps a couple of learned beauties to his side, twists through a Dante code, and raises questions — in Latin, Italian and English — about how the human species can keep going.

Brown tells NPR’s Scott Simon that he doesn’t really have a formula for writing best-sellers. “I wish I did, I could write them a lot faster,” he laughs. “They all have certainly similar elements — there’s codes and symbols and beautiful locations, but no, I don’t have a formula that I know of.”

On Creative Writing: The Emotions of Finishing that First Draft

As I move toward publication of The King’s Sons on May 31, I’m reflecting back on the crazy conglomeration of emotions I’ve experienced each time I finished a first draft of one of my novels.

The emotions involved in knowing you’ve written the last word of that draft–even if the novel has tons of issues, and you can bet your bottom it does–can be as overwhelming as they are simultaneous.

Read more at Creative Writing with the Crimson League