One day, I asked myself, who authors really are. They are writers, yes. They produce entertaining pieces of literature, yes. They make lives, create fantasies, remix histories, yes. But I believe that there are much more under that hard soil of being popular figures. And then I’ve encountered the dystopian young adult novel, Shatter Me by Tahereh Mafi. The novel was okay, great in fact. It was an intense adventure of romance and choices and, well, teenage-ness. The author, though, was more special because from her I found the true identity of authors. They are people, just like us. And the identity of Tahereh? Well, she’s a girl, and she’s our author of the week.

Youngest in five siblings, Mafi was born in a small town in Connecticut where she was raised by loving parents and four big brothers. Well, isn’t that lucky! The only girl in a bunch of men! But that didn’t stop her from becoming  an independent woman. At the right age, Mafi started spending  many years near the breezy shores of Laguna Beach to study at a tiny, but still spacey, liberal arts college. If you think she’s just a simple run-o’-the-mill student, then you got it all wrong! In fact, she knows how to speak, although not fully of course, but still fluently, eight different languages. Eight! Imagine that! To top it all of, due to her competency in speaking in many tongues, she had been given the opportunity to study abroad in Spain, where she allotted her time reading and enjoying Spanish literature and texts in their untranslated form.

After circling around the world, living in many sides of USA and writing (self-acclaimed) ‘bad’ poetry, she finally found her shell at Orange County, California, where she drinks too much caffeine and finds the weather to be just a little too perfect for her taste. When unable to find a book, she can be found reading candy wrappers, coupons, and old receipts. But of course, who could last without any books! So, with an idea in mind, she wrote one herself, which now is a New York Times and USA Today bestseller. Film rights! Sold of course! To the 20th Century Fox in fact. 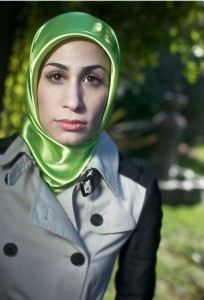 As I’ve said, behind all the great things done in life, being a bestselling author and having a book become a film and all, there is still the identity that makes an author human. For Mafi, it was her identity as a girl who likes drinking coffee, and talking about how perfect the weather is at Orange Country, California.