No one wanted to publish Tom Clancy’s First Book 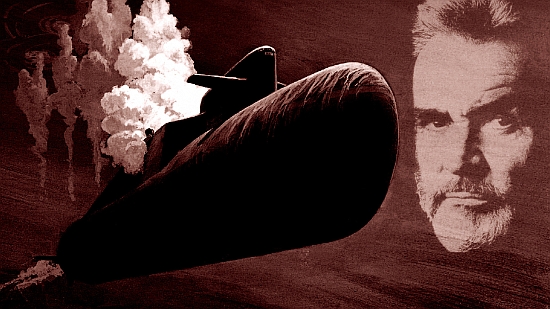 Growing up, “The Hunt for Red October” by Tom Clancy was a big book in my household, owing chiefly to the fact that my dad was a Naval officer in the US submarine fleet. Even though I was very young at the time, I can vividly remember my mom and friends talking a lot about the book while my dad and others were on deployments overseas. We lived near the Norfolk naval base at the time, and the book was a very big deal.

However, the book – about the defection of a Russian submarine commander and the subsequent attempts by the US to successfully bring the sub to Norfolk – gained critical and popular acclaim far beyond Navy families. President Reagan gushed about it in a press conference, calling it “unputdown-able,” and a movie based on the book was released in 1990, earning over $200,000,000 (big today, enormous back then).

“The Hunt for Red October” was and is a pop culture phenomenon. Yet, it almost never made it into print.

In 1984 when the book was released, Tom Clancy was an unknown author. He had written some articles for a scholarly publication called Proceedings of the Naval Institute, but that was as far as he had been published at that time. When he began shopping his manuscript around to traditional publishers, every single one of them turned him down.

Finally, he turned to the Naval Institute Press, which was the publisher of the aforementioned journal. They did not publish fictional works and were only a small publisher. However, due to Clancy’s prior working relationship with them, they agreed to publish his manuscript and advanced him $5,000 for it. A small first run was quickly sold out, followed by a second and third run. Eventually, the novel would go on to sell 5 million copies, lead to a $200 million dollar movie, and establish Tom Clancy as a world-renowned author. Not bad for something no one wanted to publish.

As he lays in peace after passing away earlier today at the age of 66, Tom Clancy’s experience shows us that if you have something you believe in, it’s important never to give up.