Show, Don’t Tell: What the heck does that even mean!? 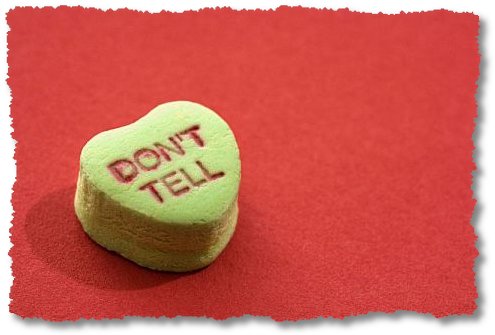 It’s one of the most common axioms you’ll encounter in reviews online, to your English paper, and even by your peers: “Show, don’t tell.” Unfortunately, this is only a vague piece of advice.

Of course, that’s not to say it’s bad advice. It isn’t. When it’s possible to do so, you should always show the action in your story rather than tell the action. The problem, though, is that’s very vague. What does it mean to “show the action”? You’re telling a story after all, not directing a movie. Isn’t all action told rather than shown?

So here’s a simple shortcut to help you out: avoid Thought verbs.

Thought verbs are words like wondered, remembered, thinks, knows, loves, believes, wants, etc. Almost every time you use one of these words in your writing, you’re telling the action rather than showing it.

Tristan wanted the bicycle he saw every day in the shop window.

Every day on his way back from school, Tristan would stop by the bike store. He’d walk an extra mile than he normally would just so he could see the bicycle in the shop window.

What you want to do is think like a lawyer. Don’t just say something as fact to the reader. Don’t say, “Meagan loves construction trucks,” or “Michael loves ballet.” Instead, build your case. Answer the question, “Why does Meagan love construction trucks?” Prove it to the imagined jury of your readers. Maybe it reminds her of something else, or maybe she likes the sheer power of a truck hauling 40 tons of steel.

Whenever you use thought verbs in your writing, re-write them. You’ll find that your stories will become dramatically more compelling.