Word History of the Week: Ye

Welcome again to The Word of the Week! This edition, we’re going back in time to visit Ye Olde Word Facts. 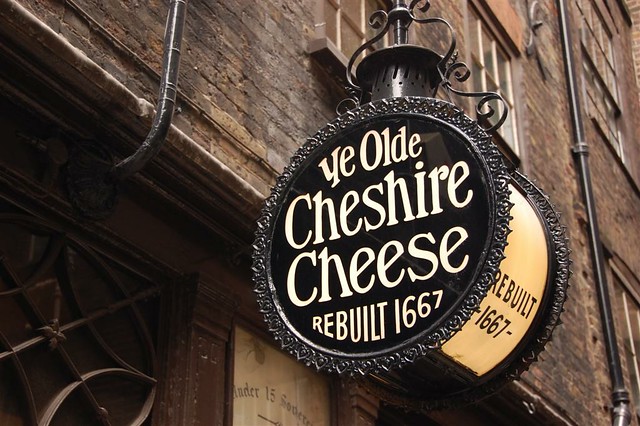 If you think of restaurant trying to seem quaint and English, the first thing you might think is that it’ll be called ye olde something. But what the heck does ye mean? Today’s post is more about the printing press than actual word history, but I think other people will find it as interesting as I do.

English has many old versions of itself – one version known as Early Modern English, in use from the 15th to the 17th century. During this period, the word the was written as þe. That weird letter you see there, þ – it’s called a thorn and it makes the TH sound. This letter was popular not only in Old English but also in Old Norse and Icelandic alphabets. It’s important to point out the difference between a written letter and a spoken sound. The thorn was used in Early Modern English only as a written letter, in special abbreviations, but otherwise during this period they were using the th spelling for the sound. By the way, in case you were curious, when two symbols are used for one sound, in the case of th, it’s called a digraph.

So, back to my point. They used that squiggly character thorn in special abbreviations in writing, such as for the words the, that, and thou. Here’s what that would have looked like for the word the:

Looks kind of like a Y right? If you pay close attention you can see how the swoop in the top right hand side of the figure meets the vertical bar, so it sort of looks like a P in my opinion.

Now, introducing the printing press! Most printing presses around this period came from areas where the letter thorn was not in use, so when England received their printing presses, they had no way to represent this letter. In order to get around this, people  used the letter Y to represent the thorn in print form. This would explain why there are certain texts from the time period that use ye for the. This didn’t bother most people; since they knew the thorn looked like a Y, they were easily able to read their texts without being confused about this weird Y stuff.

As the centuries past and the printing press changed more, it become more difficult to represent the letter thorn in text and eventually they just switched over to the good, ol’ th that we have today. Over time, people forgot the letter thorn all together, which is where we get the word ye. That’s how it looks, so wouldn’t that be how they pronounce it?

Makes you wonder what people will think of our writing centuries from now.