The Six: Six Things You Didn’t Know About Sylvia Plath 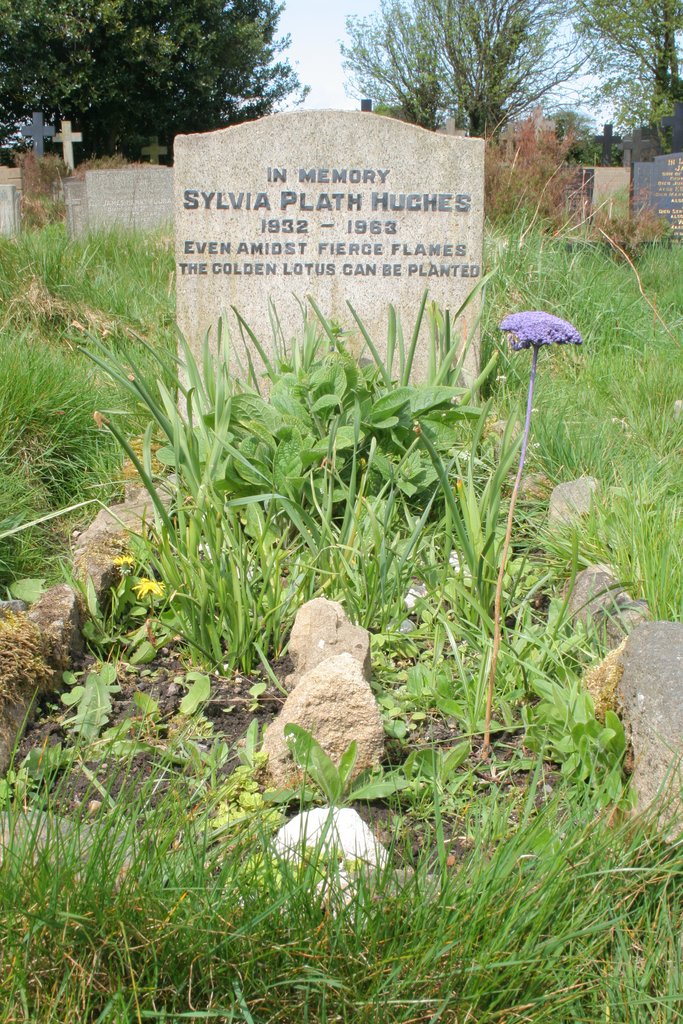 With 2013 being the 50th anniversary of Plath’s suicide, writers around the world have gathered to fondly remember the troubled poet. Yet the dark story she has to tell is not one to take lightly.

6. She may be the most purposefully misquoted person of all time.

With last week’s article mentioning Twain being the most misquoted person of all time, I thought it appropriate that Sylvia Plath get an honorable mention.

Misquotes and incorrect attributions happened long before the Internet arrived. But with the rise of postmodern Internet culture, purposeful misquotation is likely a relatively new rhetorical device. Never before has there been such a broad and sweeping intent to misinform (and thereby paradoxically inform).

-the entirely anachronistic (“I’m Sylvia Plath and Windows 7 was my idea.”)

-to the easily recognizable (“I’m half and half. Me dad’s a Muggle; Mam’s a witch. Bit of a nasty shock for him when he found out.”)

– to the ludicrously incongruous (“To the owner of the white sedan, you left your lights on.”)

5. She has famous company with celebrities who were also given electro-shock therapy.

In her autobiographical novel, “The Bell Jar”, Plath goes into great detail over her treatments, which are described here:

“I shut my eyes. There was a brief silence, like and indrawn breath. Then something bent down and took hold of me and shook me like the end of the world. Whee-ee-ee-ee-ee, it shrilled, through and air crackling with blue light, and with each flash a great jolt drubbed me till I thought my bones would break and the sap fly out of me like a split plant. I wondered what terrible thing it was that I had done.”

But there are other celebrities who were subjected to the same horrific practice. Ernest Hemingway received electro-shock therapy only days before he committed suicide. And actress Vivien Leigh of Gone with the Wind fame received treatments after which her husband stated she was not the same woman he had fallen in love with.

4. She previously tried to commit suicide, and by different methods.

It had to come to this at some point. Obviously, her suicide would become an issue eventually. And with the 50th anniversary of her death landing in 2013, it was bound to be an issue to discuss. Yet with at least two previous suicide attempts, that anniversary could have come a different year.

When Plath was 20 she swallowed a large number of sleeping pills, then went down to the family house basement and hid herself in a crawlspace. Three days later, she was discovered delirious and starving; news coverage of the event spread around town.

Years later, she got into a car accident. On a straight, paved road. With no other cars around. Plath later admitted that the accident was a failed attempt at suicide. Apparently, she stopped herself from carrying out the act at the last moment.

But of course it was the last attempt that has left her in literary history: the gas oven. Again she took sleeping pills, but only so that she would not awaken from inhaling the fumes. Cause of death was carbon monoxide poisoning.

3. She had few obituaries, and one that lied about the circumstances of her death.

It seems odd that an author so recognized and celebrated in her time wouldn’t have at least a few decent obituaries printed. It was not the case.

Biographer Peter K. Steinberg attributes this to the stigma of suicide during the time period. Obituaries weren’t often printed when murders and suicides were involved, and the few obituaries that did exist were often casually printed with the name Sylvia Hughes, her married name, and not the one she famously used to mark her writings. One obituary even insisted that she had died of viral pneumonia, an outright lie.

The Plath (and Hughes) family legacy is a sad one indeed, wrought with severe cases of depression and anxiety. Nicholas Hughes was just a baby when his mother took her own life, shoving towels into the cracks of the kitchen door to make sure no gas could seep out. She even took the time to prepare a meal for the children so they would not starve before they were found.

And yet Nicholas could not escape the terrible depression that haunted his mother and loomed wildly over his own life, though not without trying. He fled to Alaska, proclaiming his own life in the field of science as a fishery scientist. In 2009, he hanged himself, leaving his sister Frieda as Plath’s last surviving child.

1. The woman with whom Plath’s husband cheated. Yes, her. She committed suicide. By gas stove.

There simply is no escaping the unending tragedy of the story of Sylvia Plath. Her meandering husband has had to process not one, but two suicides by his former lovers. Only six years after finding Sylvia, Assia Wevill took her own life and that of her child (many whom surmise was Hughes’).

Assia had befallen an eerily similar fate to that of Plath. After the poet’s death, Hughes had Wevill move in with him to take care of his and Sylvia’s children. Wevill even began incorporating Plath’s things for her own use. Soon after, Hughes started affairs with many different women. Assia felt as though she were treated as a simple housekeeper, and in 1969, prepared a glass of water supplemented with some dissolved sleeping pills. She then turned on her gas stove. Assia and her daughter were found on a mattress on the floor.