We’re starting April with something new here at Writing Gooder and I’m very excited to share it with you. In March, I was able to get an interview with Australian author Alison Goodman. I promise you, this is no April Fools joke! Here are her answers to five of my best question. 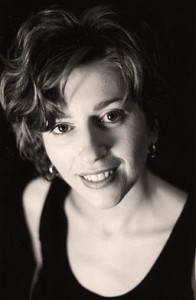 When did you start writing and what got you interested in it?

I started to write stories almost as soon as I learned how to read. I wrote my first epic poem in grade 5 – it was very long, about wild horses and, yes, it did rhyme (quite tricky, in the end, to find something that rhymed with hooves). It earned me a gold star from my teacher and was published in the school magazine. I think it was that early success that started my dream to become a writer, plus some great librarians and teachers who nurtured the creative fire in me until it became an essential part of my being. So really, it is their fault. And my mother’s fault too. She read to me when I was a little kid and opened up that fabulous world of imagination. We’ve always shared books and a fierce love of reading.

How do you plot or prewrite for a novel?

I spend about 6 months researching and thinking about the storyline of a new novel. Within that time, I also write the first few chapters, going over and over them to refine the narrative voice, style and the all-important introduction to the main character. I also outline the plot, writing down the main plot beats that need to happen if the story is to work. When I first began writing novels, I would do a complete outline, but now I often only plot out the first half and let the second half grow more organically from what comes before. That means, these days, I pause mid-way through the book for another think and plotting session.

I type every first draft with my nose…nah, just kidding! I’m not sure if I have any quirks because everything I do seems pretty ordinary to me. Does reading out my scenes to my Jack Russell Terrier count? He doesn’t give me a lot of constructive criticism, but on occasion he has been known to eloquently leave the room.

That is a tough one – I have so many! I read across a whole load of genres, so I have favorite authors in each one. Let’s see…I really enjoyed Ben Aaronovitch’s “Rivers of London” series (a whole load of paranormal police goodness), Diana Gabaldon’s “Outlander” series (brilliant historical/romance/adventure), Steven Brust’s “Jhereg” (funny fantasy with a great narrative voice), Michael Marshall’s “The Straw Men” (left me shivering from suspense and horror), Margaret Forster’s biography of Daphne du Maurier (beyond fascinating), Georgette Heyer’s Regency romances (fun, fun, fun), and Daniel Pennac’s “Scapegoat” series (deliciously hilarious crime novels translated from the French).

What advice do you have for young writers?

First and foremost is to read. Anything and everything. Good and bad, then learn how to distinguish between the two. Second: learn some writing craft. Either hit the story writing how-to books (I recommend Robert McKee’s “Story” for a serious study of structure and style) or attend a reputable class. Third: write, write, write. Malcolm Gladwell, in his book “Outliers”, estimates that a person who excels in their chosen field puts in at least 10,000 hours of focused practice. So, write as much as possible, practice your craft and refine your art. Finally, read you work out loud (not necessarily to a Jack Russell) and listen to the flow of your own words. If you hesitate, think about why. If it is working well, think about why. And if you run out of breath, you probably need some more punctuation.

Alison Goodman is the author of the New York Times bestselling fantasy duology “Eon” and “Eona”, as well as the award winning “Singing the Dogstar Blues”, and the recently re-released very adult crime novel “A New Kind of Death”. She is currently working on a Regency/supernatural series – the first book is due out mid next year.
www.alisongoodman.com.au