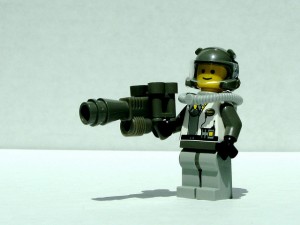 “It’s not the size of the gun that counts, it’s the amount of ammo.”

What are Objects of Power?

Objects of power can be anything from a magic sword to a household cup. It isn’t necessarily important what the object is, but rather how you use it. What then, gives an object power and why are they important in writing?

An object is given power by its significance to the character or the scene. It might have sentimental value, such as a sword the hero’s deceased father has left to him, or it might be symbolic of something greater at work, such as the mocking-jay pin in The Hunger Games. This pin becomes a symbol of rebellion in the series, but on a smaller scale, it is also a reminder of unlikely friendships in difficult times.

When we, as writers, bestow a power on an object, we are giving the readers something to believe in. We can give our characters bravery and strength, but these aren’t immediately visible for a reader. When we give our character a sword, that strength is transferred into a solid object and becomes an expansion of the character. It also creates the situation of what happens if our character loses that sword? Do they lose that strength or find it in different places?

An object of power helps us to drive our plot forward and to connect with our readers on a more accessible level. Objects of power create a focus in a novel, around which events and characters are more easily recalled.

How do we use them?

An object of power can be a catalyst for your plot or a trigger for your character’s journey through life. In the series The Wheel of Time, the main character Rand inherits a Heron Mark sword from his adoptive father. This sword takes Rand through the journey of discovering his warrior’s heritage, so different from the farmer’s life he has previously lived. The sword serves as a connection between Rand the farmer from Emond’s Field to Rand al’Thor, The Dragon Reborn, through its presence in both environments. Rand’s increasing awareness of the sword as a powerful weapon mirrors the loss of his innocence.

In this way, we can use an object of power to provoke a change in a character or to channel a more abstract idea into something which is solid and easy to understand.

The first list is of plot lines related to objects of power and the second list is objects of power. Your challenge today is to choose an item from each list and to write a short story, passage or poem!