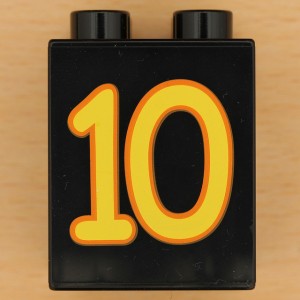 Editing can be overwhelming, but here are my top ten tips to help break the process down.

On day one of editing, you don’t know what cuts will be made – and there are always going to be cuts – so your first task as an editor is to tackle the big things. Do you have a plot hole? Do you feel like there are too many characters clogging up the spotlight? There’s no point editing sentence by sentence before you know which sentences you are going to keep.

Your order of editing should be: 1. Fix anything that affects the whole novel. 2. Reality and consistency checks. 3. Are your character arcs smooth and thorough? 4. Chapter by chapter. 5. Sentence by sentence. 6. Grammar checks.

The biggest mistakes I see on a daily basis are surplus words and complex sentences. The best writing is simple. This isn’t always an easy concept to accept, but let’s take a closer look:

Katie couldn’t quite believe her luck and she quickly and speedily jumped off the fence – which wasn’t very high – and ran to meet her boyfriend.

“Andrew!” Katie cried in disbelief as she leapt from the fence and catapulted into his arms.

The process of reading should be easy on the reader and by simplifying your sentence structure, you allow yourself the freedom of a more complex vocabulary.

Pretend for a moment that prose writing and poetry are the same and you have only a limited number of words, because, in truth you do. While you have a much wider reach than a poet, it is still important to select your words carefully and avoid over-used phrases such as ‘it was the best day ever’ or ‘her smile lit up the room like the sun’. When we write a novel, we write in paragraphs, often thinking ahead to our next sentence, but it’s important to retrace our steps and ask: could I have used a more powerful word? It’s also important to not always be powerful: I once made the mistake of replacing every use of ‘said’ with another word, but when every word is special, no word is.

A reader becomes as familiar with key locations in a novel as they are with key characters. For example, Diagon Alley in Harry Potter or Unseen University in the Discworld series. Create a list of all the locations in your novel and see if any can be combined to create a repeat location. If this is achieved, you can experiment with showing the location in a different light and using this change in perception to reflect any changes in the plot. For example, a playground full of children in the middle of the day can later become an abandoned playground at night to emphasise a darker turn in the novel.

6)Be Consistent and Realistic

Don’t go away fantasy writers, this applies to you as well. It’s important to set up the reader’s expectations of reality so that when something strange or unreal does happen, they will be aware that this is outside of the norm. It also creates a level of trust between a writer and their audience. If you aren’t realistic in your descriptions, you are telling your reader that they can’t rely on you and why should they believe the events of your novel if your descriptions and actions are over-exaggerated?

When reading every paragraph, ask yourself if you have revealed something about a character or done something to advance the plot. If you have achieved neither of these, ask yourself what is the paragraph doing? More likely than not, the answer is nothing and it can be cut.

8) Read Your Book Out Loud

Even if your audience is a one eared cat and a potted rhododendron, it’s important to read your writing out loud. This will help you to pinpoint which sentences your readers will stumble over and where your writing is flat or uninteresting.

It’s very tempting to jump straight into the meat of a conversation, or to end the conversation after the key exchange, but that isn’t writing dialogue. In reality, a conversation can cover three topics before it concludes, or it might break into a topic, but angle off before the conclusion can ever be reached. The most punchy exchanges of dialogue might start off as a discussion about what to buy from the shop and just as easily an explosive exchange can wind down to a request for someone to do the dishes. Include the mundane alongside the magical to offer a dose of reality.

Editing is a big job, perhaps as big as writing the novel in the first place and it’s important to be organised. Be aware of what you need to edit and save different drafts of your novel so you can recover a deleted scene at a later date, if need be. While you’re editing the big things, if you see a sentence you aren’t happy with, highlight it in red so you know to come back later should it survive the cuts.